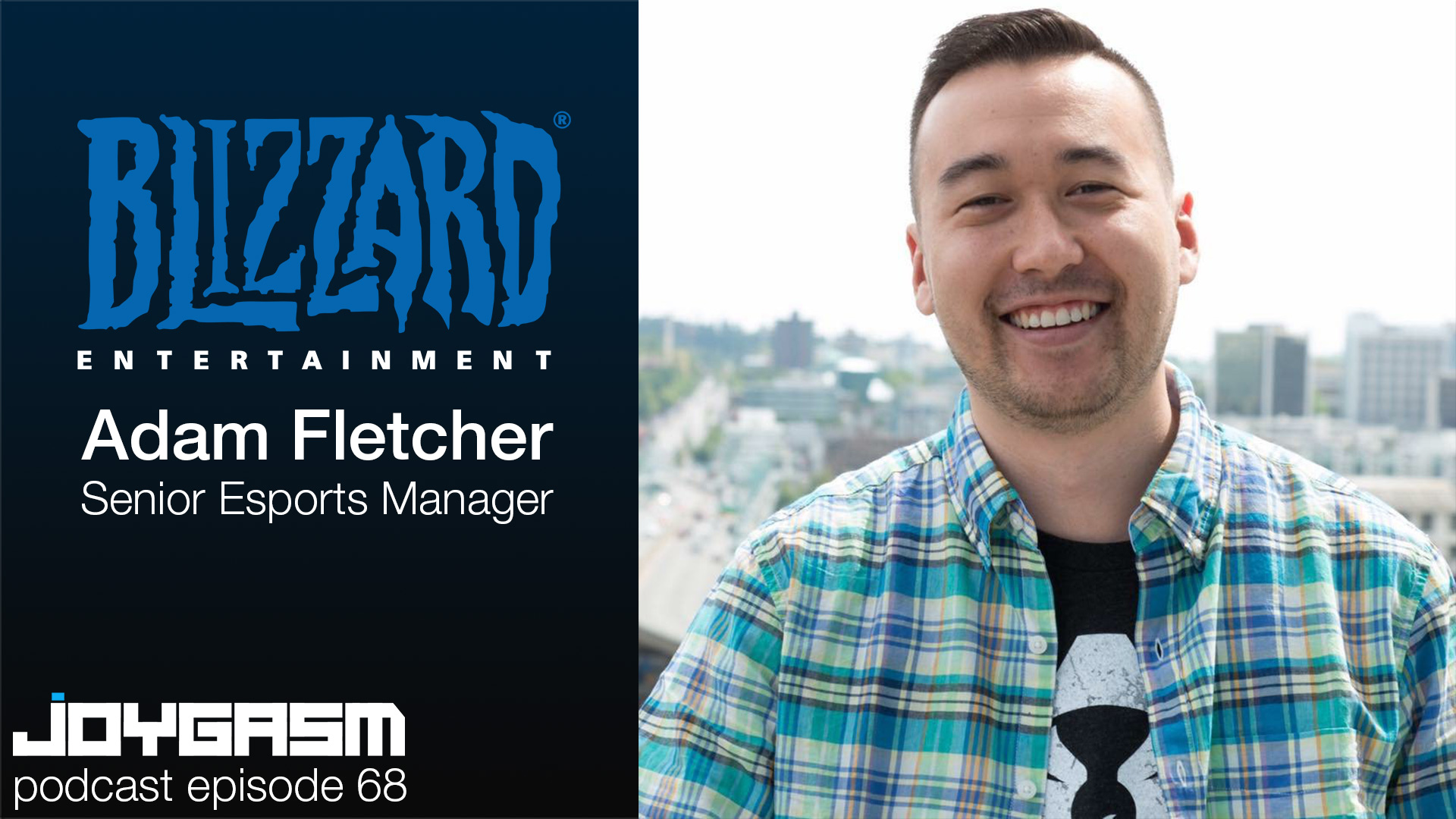 In episode 68, we sit down with Adam Fletcher to chat about his career in the gaming industry, going in depth during his time working at Game Stop, Gearbox Software, Robot Entertainment, The Coalition, Twitch, and Blizzard Entertainment.  We also talk about Esports as a platform, advice for people who want to get involved in Esports, and what it’s like to work at Blizzard. (Released first to http://www.patreon.com/joygasm supporters on 4.22.18)